Have you signed up for our mailer yet?

Join the tens of millions** of readers who get the CDA mailer every Saturday. 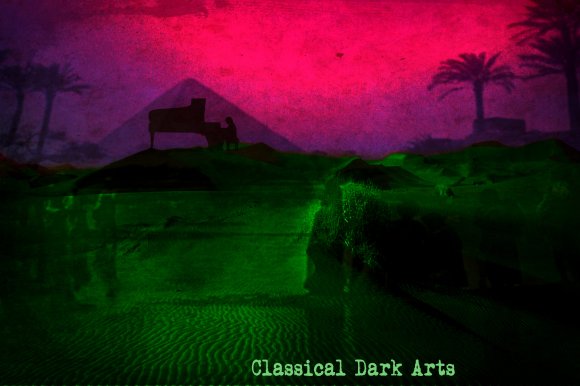 You can now hear Classical Dark Arts on iTunes, Stitcher, TuneIn, and SoundCloud.

More episodes are being cooked up, recorded, and scuttled by our legal team as we speak.

Grandiloquence is an occupational hazard for a solo musician. There you are, alone onstage, playing works that are acknowledged to be monumentally great with breathtaking ability. It can be hard to avoid assuming the trappings of greatness. Exhibit A is Dejan Lazic.

Not too salty, but there’s this…

The selection of [Chopin and Schubert] is usually a way to demonstrate a pianist’s sensitivity as well as his virtuosity. This performance, though, kept one eye fixed on monumentality. Some of the pieces (…) sounded less like light solo piano works than an attempt to rival the volume of a concerto with full orchestra. This scherzo became cartoon-like in its lurches from minutely small to very, very large.

[He used] a host of concert-pianist playacting gestures: head flung back at the end of a phrase; left hand conducting the right hand; or a whole ballet of fingers hovering over keys and picking out their targets before an opening note was even struck. (…) There were fine moments, but they stubbornly refused to add up to anything more than a self-conscious display of Fine Moments.

END_OF_DOCUMENT_TOKEN_TO_BE_REPLACED

For those who don’t know, Shin’ichi Suzuki is the originator of the Suzuki Method. Suzuki’s method teaches ear-training and musical technique to very young music students. The Suzuki instructor introduces increasingly complex pieces in sequential books. Everybody in the Suzuki Cult learns the same material and wears the same robes.

This systematized approach has led to thousands (more likely millions) of musicians learning all the Suzuki repertoire. I’d bet four out of five people in a given pro orchestra could still play Suzuki tunes from memory. I sure can.