THIS is the way to write show reviews.

Garrett Harris is a guy who writes for the San Diego Reader. Classical criticism isn’t exactly kush employment, so it’s rare to read reviews from writers with an actual pulse. To wit:

I caught the [“Mostly Mozart”] concert at the Balboa Theater on June 18 and it was — how shall I say this? Badass. (…)

What do I mean by badass?

If there were ever a West-Side-Story-esque-a-la-Anchorman-news-fight orchestra death match, this group would cut you and maybe choke you out, in a very musical and artistic way. You might even thank them afterwards.

I’m in, I’m all in. Standard classical reviews are straight-up depressing. I won’t name names but you know the type: faux-writerly J.O. material, intended for the Vineyard-Vines-and-brie set, written by dullards for dullards.

When’s the last time a critic’s review made you want to GO SEE the show? (That the critic undoubtedly got free tickets to, but I digress.) Was there a time when you depended on a critic’s good word to steer you to criminally-unnoticed shows or recordings? Has that time passed?

The market’s never dry for tastemakers, especially ones with great goddamn taste. Like, if I’m in a bind and I need to show up somewhere looking flawless, I’m not going to TJ Maxx (no disrespect to my Maxxinistas) for that new-new. I am liable to page through Hypebeast for some original (and much-copied by now, but let’s stay focused) look, and thereafter track down those pieces.

Classical critics are tastemakers. It’s not about writing that load-blowing 5,000 words to prove you know what’s going on. First of all, no one asked for your history lesson. Second, you’re there to make a sale: your audience wants exceptional music, and they’re willing to shell for sweet shows, good albums, the whole works. If the best you can muster in a labyrinthine 15 paragraphs is damning-by-faint-praise, you picked the wrong line of work. Time to cash out & move on.

Classical music is strictly for lovers. Respect it, treat it good.

Norman Lebrecht needs no introduction, but for the sake of newcomers we offer a short one here.

In addition to his daily beat, Lebrecht has penned titles like Maestro Myth: Great Conductors in Pursuit of Power and Who Killed Classical Music?: Maestros, Managers, and Corporate Politics — not exactly light takes on the classical ecosystem. Lebrecht has also authored a couple books of fiction, including The Song of Names and The Game of Opposites.

Norman Lebrecht went back-and-forth on email with us about his classical criticism, his pitch to classical newbies, and what music gets him up in the morning.

For more on Lebrecht, including what he’s up to at this very minute, head to Slipped Disc and follow him on Twitter. 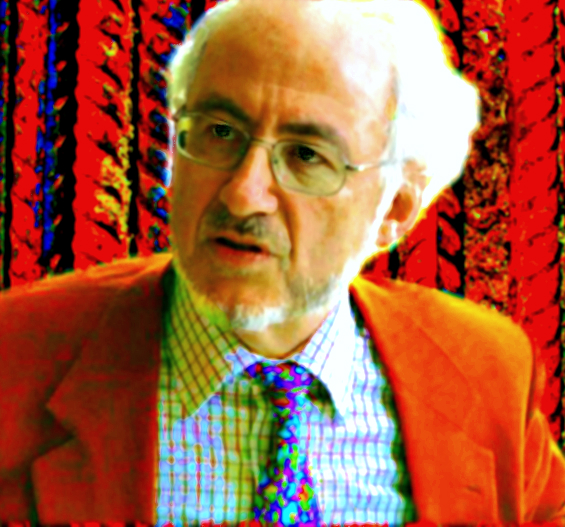 You recently moved your operation from ArtsJournal.com, where you’d been writing since 2007, to a standalone website, slippedisc.com. What prompted the change?

I was getting 1.25 million monthly readers on AJ/Slipped Disc, half of them under the age of 35. It would have been irresponsible not to offer to connect this readership to products and performances they might want to know about. Recognising that print media had failed the classical music sector, I was keen to try a different form of connectivity.

How do you manage to write about — and break — so many stories that cross your desk every day?

Most are sent to me by people who know the size of our readership and who want to be part of our community. Not have to hunt for stories makes life a lot easier. I spend about 90 minutes in the morning writing for Slippedisc.com and another hour at night. In between, I write books and do a lot of radio.

How did you cultivate sources for Slipped Disc — an ironclad promise of anonymity? When did it seem like more people were coming to you with scoops, instead of having to sniff them out?

(…) I’m fairly well known after writing 12 books about music and making a lot of programmes.

Do you feel guilty taking days away from it? Does it bug you if you miss some big breaking story — a conductor retiring, a new hire with a major orchestra, etc?

No. We seldom miss a story.

When there was an outbreak of turmoil in Ukraine in the spring you covered it from the vantage point of the Kiev Conservatory — which was on the front lines of the uprising. You also covered various anonymous (and then later, unmasked) pianists playing amidst violence in Kiev. Both were unique angles that the BBCs and CNNs of the world weren’t covering. How important is it that Slipped Disc carry this kind of content? What reporting did you have to do that differed from the daily churn on the site?

Absolutely essential. We had three correspondents in Ukraine sending us material, and just as many in Russia. All we had to do was select and apply good editorial judgement.

For those who don’t know, are you a practicing musician? Have you always viewed yourself as writer first, musician second? Judging by the list of books you’ve written, I’m guessing you’ll say writer first.

Writer first and last. I’m a very poor musician, never got both hands to [w]ork well together.

I’ve heard you interview the likes of Gustavo Dudamel, Andris Nelsons and Riccardo Muti. How do you acquire such a laid-back, matter-of-fact delivery when talking with some of the “royalty” of classical music?

Mostly, they’ve known me a while, and trust me. They all read Slippedisc.

I need to hear something loud & fast at the start of the day, to get the blood flowing — what is the first thing you listen to when you get up in the morning?

Whatever’s top of the review pile on my desk.

Was there a time — maybe in the early ’80s — when Norman Lebrecht was listening to punk music, or some of the early rap pioneers? Or has it always been classical?

I’ve always listened to everything — especially world music and microtones. Never much bothered with rap, but my children feed me segments from what they consider to be the high end of popular culture and I love to be amazed.

Right now as I type this Lindsey Stirling has the #1 classical album on the Billboard charts (Shatter Me). Are you a fan? What is it Stirling is doing right that classical players — some of whom may not be thrilled about the mainstream pop angle she’s taken — should emulate?

Shrewd business sense, simple message: what you see is what you get. She’s not overwhelmed [w]ith prizes and reviews and all the other paraphernalia that classical musicians use to market themselves. She’s just herself.

If you, Norman Lebrecht, were starting an orchestra in 2014, what would it look like? How many members, how many shows per year, what kind of programming?

I wouldn’t start one. I might try to save one.

Harder than at any time since Bach and Handel were alive. But with infinitely more opportunities to be yourself.

Do you have a 30-second pitch to lure people into the classical fold?

No. Nothing that is done in 30 seconds is worth much. It takes time.

Along those lines, can you make the case why someone should buy yet another rendition of Mahler’s 3rd Symphony when she could just as easily pick up the new Jack White album or some Iggy Azalea and hear completely new music?

Come to one of my Mahler talks and I think I know what you’ll buy. But the talk [w]ill take an hour of your life and the symphony more.

If you had to write about one place in the world with the biggest potential in terms of future classical music developments, where would that be?

No question: China. I go there every other year. The enthusiasm is genuine and the potential limitless.

This week Alex Ross, music critic at The New Yorker, interviewed Hungarian conductor Iván Fischer. Fischer has helmed groups like the National Symphony and the Vienna State Opera, in addition to composing and playing an assortment of instruments. Fischer was in full DGAF mode in this particular interview, suggesting American orchestras have lost their edge, that the audition process is completely effed, and that orchestra bureaucracy and players’ unions have totally hamstrung creativity.

Predictably, pro-union folks like Robert Levine snapped shots right back at Fischer. Levine takes a fantastic voyage back to the not-so-fantastic early sixties, when orchestra unions were a new thing, when job security was like a cool concept that we could theoretically work towards, that in practice had very little bearing on the day-to-day doings of the orchestra biz.

In those days, when the money started flowing and audiences came regularly, orchestras started toying with the idea that maybe these day-laborers they hired — also known as “artists” or “musicians” — deserved a few things, like healthcare and steady salaries. While they mulled over it, the market got competitive, and musicians toiling in obscurity were suddenly in demand. Unions sprouted up and started formalizing player demands.

As an arts organization, if your every move is greeted by well-wishers and deep-pocketed donors throwing crisp Franklins, it’s NBD to spread the love around a little. Pay 30 music librarians! Hire those full-time harpists! F**k it, book that international tour on the double! But when the checks slow and you’re refreshing your online banking every few minutes to see if payments magically clear, things change. The landscape shifts. That long night of revelry becomes an eye-squinting afternoon hangover. And you start feeling flinty.

That may be where we’re at right now. There is still a tremendous appetite for classical music, in all forms and fashions. The problem is that arts groups of all sizes need regularity. They depend on dollars, in-kind donations and major gifts, the kindness of strangers and government support. They need a stream of money. Meanwhile the audience just gets its music wherever — Spotify, Pandora, Youtube — and starts to forget about the orchestra-hall experience.

Forgive the American orchestras if they’re just programming the hits. That’s what got people in the door and kept the players paid, and everybody hopes those go-go days will last forever. But Iván Fischer’s calling their bluff. The more times you play the hits-and-just-the-hits, the greater the chance your audience will just ghost away (and/or die). What Fischer’s calling for is some risk-taking, old-fashioned weird-ass music, mistakes, all in the hope of uncovering something brilliant.

The players’ union and orchestra overseer controversy is a tougher nut to crack. There was a French philosopher (I’m sorry, bear with me — justifying college reading here) (I used SparkNotes) called Jean-Francois Lyotard. He floated the concept of the “differend,” where two sides basically have such vastly different viewpoints there’s no way for them to ever come to common ground. Lyotard spent untold pages agonizingly over a concept that was easily shorthanded as “agree to disagree.”

Players, overseers and other normal humans start acting shady if they’re holding all the face cards. But somewhere in that balance of power resides a place where nobody’s really happy, but everybody’s still eating. You can dicker over vacation days and number of concerts, but you need that creative spark that gets the people in the seats, first and foremost. Players & playaz, bosses & bawses, let’s agree to disagree for now. The message behind Iván Fischer’s flame-throwing is this: you need a strong orchestra and reliable product, but it’s pointless if nobody’s buying.