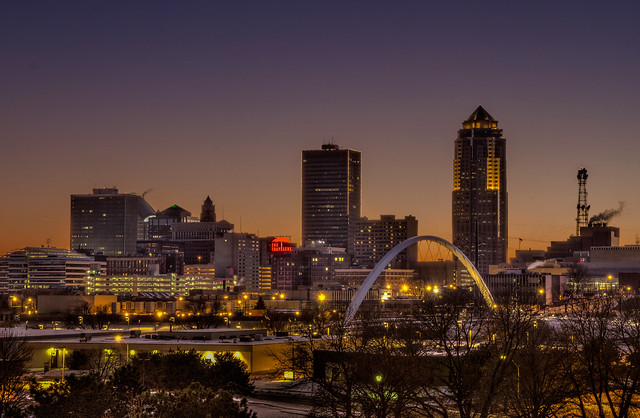 I’ll be damned if David Byrne didn’t just hit the nail on the head. He wrote a short ramble about Des Moines, Iowa, ostensibly a lame-o city in the middle of flyover country. Byrne discovers actual human life there, real people making a scene for themselves, making their city a destination. Breweries, distilleries, restaurants, art spaces, music, a bike scene — all of it is taking off like a California brushfire. What’s more, a Certified Brooklynite (TM) decided to move there in order to create something called the Des Moines Social Club, housing a “restaurant, bar, theater, performance space, classrooms, and even a culinary school.” Damnation.

As a kid forced to go to DSM on the regular it seemed like an okay town. There were coffee shops, an endless farmer’s market, various non-Blockbuster video stores and — most important of all — the summertime Ruan Grand Prix where they shut down the city so cars could race at insane speeds around too-close spectators. 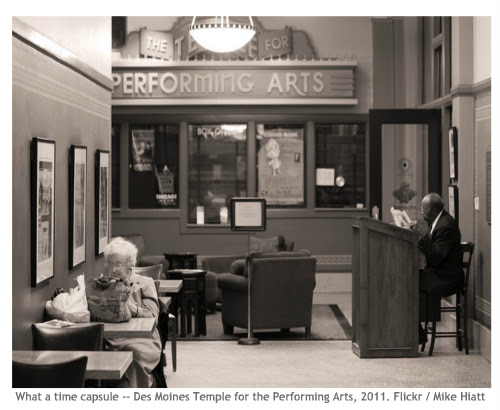 The point Byrne makes here isn’t just, Gee-whiz, slack-jawed farmers got it together! He’s thankfully not that kind of jerk or simpleton. Byrne gets at an attitude, a swagger that DSM and other supposedly middle-of-nowhere, nothing-going-on towns have that has nothing to do with effete coast-dwellers. A city in the crosshairs of I-80 and -35 boasts a major opera company, a symphony orchestra, schools like Drake U. (to study your sister’s favorite rapper), and the other trappings we demand in our supposed great, big cities.

Anybody anywhere can be on that locally-sourced, artisanal toast tip and still not create any sort of meaningful scene. What’s important is mustering a critical mass of folks who want something better, who are dying to make music and art and food and don’t care about where and how they do it. Get a mat, some ropes & a bell, and start wrestling some matches.

“Des Moines is a f*cking parking lot” a friend’s dad told me one time, and he did not mean it in the sense that it was easy to find parking. Now it sounds like something changed. Take a page from the DSM playbook, do your thing in your place, and get other people to come along with you.